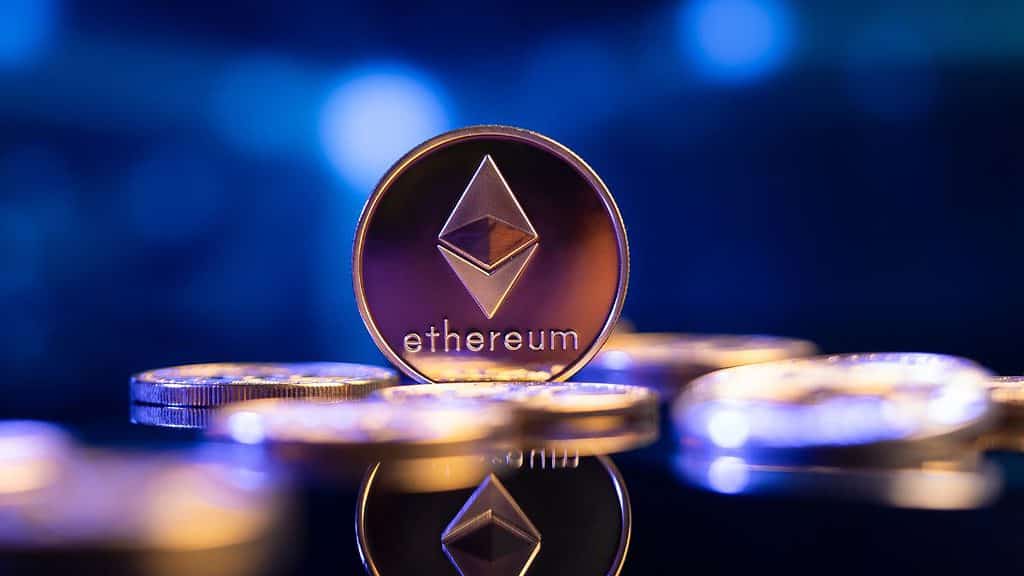 The Ethereum blockchain could revolutionize how we live, work, and play. It’s used for developing software called ‘smart contracts,’ which can be programmed using Ether (ETH), the native cryptocurrency on this platform. This nascent space is still under development, but the future looks promising.

Ethereum appears complex to those unfamiliar with cryptocurrency and blockchain technology.

Crypto markets have been down since the FTX collapse and BlockFi bankruptcy. Yet people continue to build and invest in the tech.

Ethereum is a Layer-1 blockchain network that uses Ether as its token. Transaction costs are known as ‘Gas fees.’

Ethereum is unique because it allows smart contracts to be executed on its network. Recently, the Ethereum Merge switched the blockchain from proof of work to proof of stake. Ethereum differs from other digital currencies like Bitcoin, Dogecoin (famously discussed by Elon Musk), and Litecoin, which use proof of work to verify transactions.

Ethereum has also been quite popular with users of DeFi (Decentralized Finance) platforms. Lots of startups are using Ethereum to build applications, but issues still need to be solved about scalability and congestion of the network.

On June 7, 2014, seven developers met in Zug, Switzerland, to discuss a new crypto project. They were all experienced in blockchain technology and saw the potential for using it to build a decentralized application.

They decided to call the project Ethereum smart contract and set to work on creating a new platform that would enable developers to create a decentralized Ethereum transaction.

The team soon grew to include eight co-founders, and they began working on the Ethereum network in 2015. Since then, Ethereum has become one of the leading crypto blockchains, with many applications built on top of it.

From financial services to gaming and social media, the Ethereum network is powering the next generation of decentralized applications, unlike fiat currency.

Canadian-Russian Vitalik Buterin is arguably the most well-known of the group. The developer wrote the initial white paper introducing Ethereum in 2013 and continues to work on enhancing the system today. In addition, Buterin co-founded and contributed to the news website Bitcoin Magazine before the Ethereum price chart existed.

Gavin Wood is one of the most important founders of digital currency. He came up with innovative coding for Ethereum. As a result, Ethereum has become a success story among other coins on the cryptocurrency market today.

He also created Solidity, a programming language that allows miners and Bitcoin users more access while keeping their blockchain safe from hackers. He built security measures that are built right into each transaction fee. Before becoming a co-founder at Ethereum, he consulted with Microsoft Research.

Anthony Di Iorio, who funded the Ethereum project in its early stages of development, is one of the other co-founders. In addition, Charles Hoskinson was instrumental in establishing the Ethereum Foundation’s legal foundation and Swiss location.

Mihai Alisie helped set up the Ethereum Foundation. Joseph Lubin, a Canadian businessman, contributed to the early funding of Ethereum and later established ConsenSys, an incubator for ETH-based enterprises.

Amir Chetrit assisted in the co-founding of Ethereum but left the project early in its development.

Ethereum invented the idea of a blockchain smart contract system. A piece of computer code automatically carries out the terms of an internet-based contract between many parties.

This lessens the need for intermediaries between parties, lowering the transaction fee and boosting transaction reliability and trading volume.

According to Wood, “the Ethereum blockchain was created as one computer for the entire planet.” Theoretically, it can improve any program’s sturdiness, censorship resistance, and fraud susceptibility during Ethereum mining by executing it on a globally dispersed network of public nodes or an Ethereum node.

The Ethereum blockchain’s ERC-20 compatibility standard allows it to hold additional cryptocurrencies, or “tokens,” in addition to smart contracts. Since more than 350,000 ERC-20 contracts have been released, this has been the most frequent use of the Ethereum platform.

According to Coin Market Cap, there are dozens in the top 100 cryptocurrencies by market capitalization, including Binance Coin, Chainlink, and Tether. In addition, interest in the pricing of ETH has significantly increased since the appearance of Play2Earn (P2E) games.

Ethereum has many advantages besides decentralization and privacy, like freedom from censorship. For instance, Twitter can remove inflammatory tweets and penalize the offending user. However, on an Ethereum-based social networking site, that is only possible if the community approves of it.

To make a change on the Ethereum smart contract, someone with bad intentions would need to have 51% of the network, which is typically quite challenging. However, it is significantly safer than a straightforward server that can be hacked.

Smart contracts that automate many of the actions conducted by central authorities on the conventional web are another option. A freelancer using Upwork, for instance, must use the website to identify clients and establish digital currency payment agreements.

According to Upwork’s business plan, a portion of every contract covers staff salaries, server expenses, etc. Therefore, clients can easily create a smart contract code on Web 3.0, including conditions such as “If the work is submitted at X time, the monies will be distributed.”

Once a contract is written, the Ethereum platform is complex and cannot be changed by either party in the Ethereum virtual machine.

Additionally, obtaining Ether tokens is now simpler than ever. Businesses like PayPal, as well as its Venmo subsidiary, enable the instant purchase of cryptocurrency using fiat money. As a result, millions of users on each Ethereum wallet platform will inevitably become engaged sooner rather than later.

Ethereum may seem ideal, but you must consider a few significant problems.

Scalability is the first. Buterin pictured Ethereum as the current web, with millions of users engaging simultaneously. However, due to block validation durations and stake costs, such interaction used to be constrained by the Proof of Work consensus process.

Decentralization is a problem as well. Everything is controlled by a centralized organization like Visa, which has streamlined the Ethereum transactions procedure.

The third is accessibility. The Ethereum block can be expensive relative to other blockchains to create and difficult for those who need to become more familiar with its technology.

In addition, specific wallet platforms demand particular wallets. Thus one must transfer ETH from their existing wallet to the needed wallet. However, for consumers used to the present financial ecosystem, that step is needless and in no way beginner-friendly.

The Ethereum website contains some excellent documentation, which is another critical strategy for increasing user numbers. But there needs to be efficiency in the actual practical use of Ethereum.

Fidelity just announced that they are opening up Bitcoin and Ethereum purchases to their millions of retail trading accounts. There are many cryptocurrency exchanges accessible, with dashboards that range from basic to complex for experienced traders.

It is wise to put it in a hardware wallet such as Ledger or Trezor or even a core wallet where you control the private keys. A paper wallet has its advantages as well.

You must provide proof, such as personal data, and validate your identity to register a cryptocurrency exchange account. Your debit card or bank account will then be connected to the decentralized apps, allowing you to finance your account. Based on the choice you select, Ethereum transaction fees will change.

Although funding your account using the Ethereum addresses doesn’t mean you’ve bought Ethereum, you want to ensure your unspent token is accounted for during circulating supply. You’ll also want to do this with other investment vehicles, such as non-fungible tokens. Therefore, you can only invest a cent at this time by first purchasing Ethereum as a digital asset.

After your account has been credited, you can exchange your dollars for Ethereum. Enter the dollar amount you wish to convert to Ethereum as a decentralized application.

Depending on the Ethereum price and the amount you choose to invest, you may purchase shares of a particular crypto at defined ETH price statistics. A percentage of the total Bitcoin price of Ether coins will be shown as your market cap.

If you only have a small amount, leaving your cryptocurrency investment in your exchange account is simpler. However, a digital wallet offers additional security if you move your holdings to a more secure storage site. Digital wallets come in many different forms, each with differing levels of security, like paper wallets or mobile wallets. You can always make Ethereum improvement proposals.

The Future of Ethereum

The Ethereum blockchain has become increasingly well-known in recent months due to the development of numerous non-fungible tokens (NFTs) and decentralized finance projects. It is also receiving a lot of regulatory scrutiny due to the FTX Ponzi scheme, money laundering, and the collapse of other tokens built on top of Ethereum.

Advocates like Joseph Lubin claim that the advent of new applications like these has already resulted in a significant network effect and greater activity draws more developers to Ethereum 2.0.

With Ethereum Classic behind schedule due to complicated technological upgrades, it’s hard to have proof whether this crypto will be able to compete. What consensus about its long-term function might emerge?

However, investors that smell the fear and panic are quietly acquiring more long-term asset positions. There may come a point when your investment reverses itself due to the Ethereum price vaulting back as the undisputed market leader – so keep up with trends!