How to Invest in Bitcoin In 5 Simple Steps 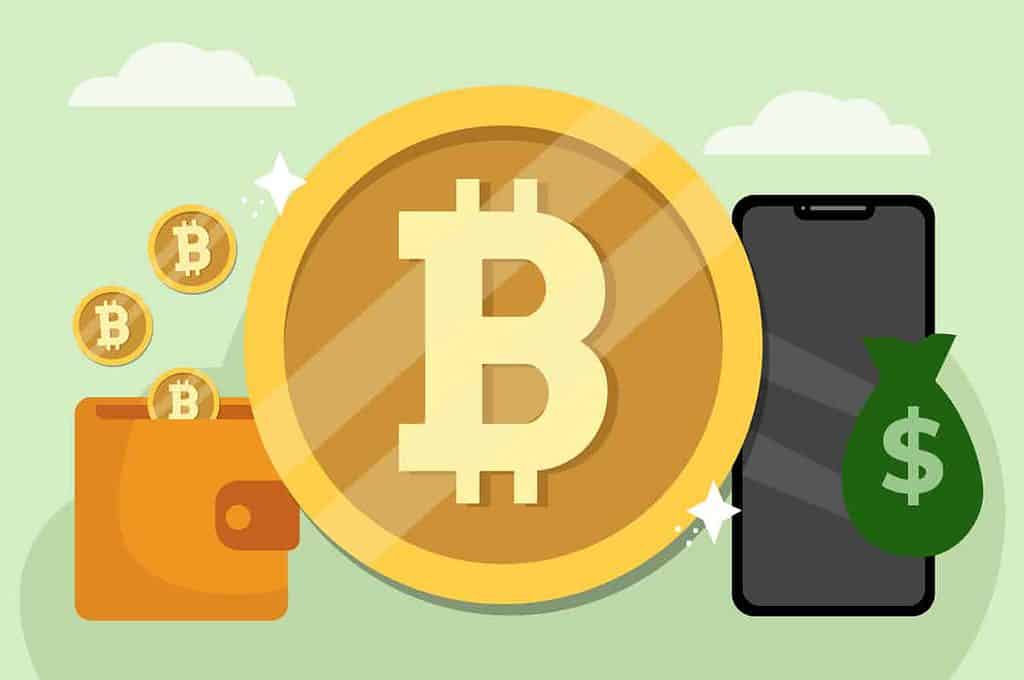 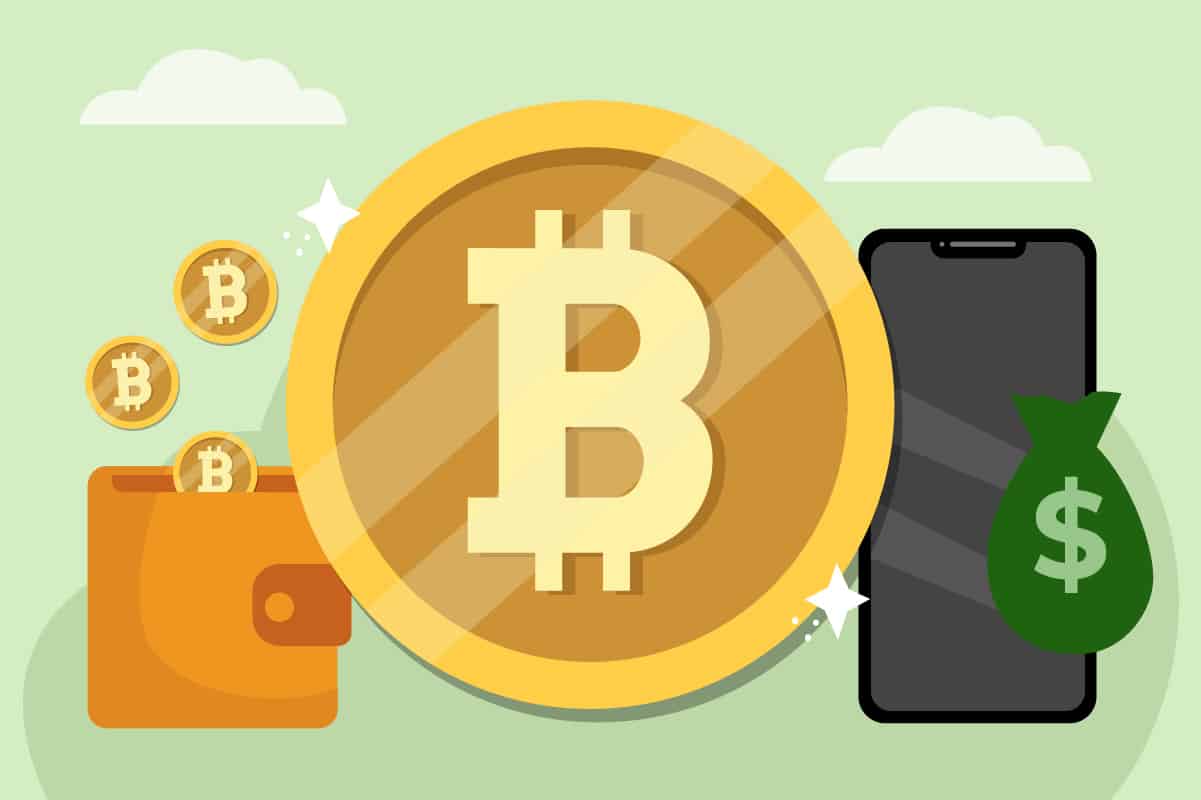 The first known commercial use of Bitcoin was a purchase of two pizzas in 2010 by programmer Laszlo Hanyecz for 10,000 BTC, which is equivalent to roughly $400 million at today’s valuation.

Most people had never heard of Bitcoin in 2010, and even fewer would have considered it an investment-worthy asset. But a decade later, investing in Bitcoin is growing in popularity with advances in cryptocurrency, blockchain technology, and the metaverse.

According to Michael Denny, a cryptocurrency investor and CIO of The Investment Nerd, “Investing in Bitcoin is the equivalent of investing in the internet in the mid-90s. There is so much potential it’s hard to overstate what is possible, but like with the internet, it will take many years for its full potential to be realized.”

Investing in Bitcoin has become much easier over the past few years, but there are still a few hurdles to overcome if you have a traditional stock investing background. Read on to learn different ways to invest in Bitcoin and a step-by-step guide to buying your first Bitcoin.

How To Invest in Bitcoin

Investing in Bitcoin has been compared to investing in “digital gold.” Setting aside the inflation-hedge claims of Bitcoin enthusiasts, comparing it to gold is a good analogy when considering the myriad ways to invest in Bitcoin.

For example, you can theoretically mine gold from the ground, buy physical gold coins, put your money in an exchange-traded fund (ETF) that owns gold, or even invest indirectly in companies involved in the gold industry. Similarly, you can also mine Bitcoin using your computing power, buy Bitcoin directly through a cryptocurrency exchange, invest in a fund that controls Bitcoin, or buy shares in publicly-traded companies that use Bitcoin and its underlying blockchain technology.

Each of these methods has different advantages and disadvantages, and which you choose depends on your goals and ultimate risk tolerance.

One example of this investing strategy is the Amplify Transformational Data Sharing ETF and actively-managed ETF trading under the ticker BLOK. According to its prospectus, the fund’s purpose is to “invest in equity securities of companies actively involved in the development and utilization of blockchain technologies.”

Some of BLOK’s most significant holdings include Coinbase, a major Bitcoin exchange; Nvidia, a chipmaker heavily involved in crypto mining; and Paypal, an online payment giant that allows users to buy, sell, and hold Bitcoin.

The advantage of this type of investment is buying into mostly-established companies on the leading edge of Bitcoin and blockchain development. However, while the stock prices of these companies tend to correlate to Bitcoin, it’s not the same as holding Bitcoin itself. Whether this is a pro or a con depends on how much Bitcoin pricing risk you want to take in your portfolio.

Invest in a Bitcoin ETF

Many experts consider the introduction of a Bitcoin ETF a significant step forward in allowing for broader adoption of Bitcoin as an investment.

An ETF is a specialized investment vehicle that tracks the performance of a particular asset without the investor having to own the actual asset itself. It takes away the hassle and security risks of owning Bitcoin directly and opens the doors for anyone with a brokerage account to invest in Bitcoin.

While many organizations have proposed Bitcoin ETFs, no actual Bitcoin ETF exists due to regulatory concerns. However, there is progress being made. In October 2021, the ProShares Bitcoin Strategy ETF (BITO) was approved and began trading. It does not invest directly in Bitcoin but in Bitcoin futures, an important distinction.

According to Kyle Woodley, a Senior Editor at Kiplinger, futures are “contracts that allow someone to buy or sell an asset at a predetermined price at a predetermined date.” He goes on to say that “futures are more of a gauge of what people think the price of something could be in the future – but it’s not the price itself.” Without getting into the technical details, suffice to say that a futures-based ETF will not accurately track the underlying asset’s price over time. So while it’s not the same as a spot-price Bitcoin ETF, BITO does allow you to hold a proxy for Bitcoin price in your stock portfolio and even in a retirement account.

Bitcoin mining is a way to receive actual Bitcoin in exchange for lending your computing power to solve complex math problems and completing blocks of verified Bitcoin transactions on the blockchain. As more coins are mined, the reward for solving the subsequent successive block decreases, and the difficulty increases.

Most Bitcoin miners own special hardware optimized for the mining process. These machines come at a cost that can run into thousands of dollars. In addition, these computers consume a significant amount of power, so the cost of electricity has to be factored in when considering whether it is a better investment to mine Bitcoin rather than buy it directly.

While early on, it was feasible to make a profit mining Bitcoin with a simple desktop computer, the increasing difficulty and sophistication of competing miners have made it much harder for the average user to make a profit. To estimate the cost and benefits of mining, the site Cryptocompare has a helpful calculator to evaluate your potential rewards.

Last but certainly not least on the list is purchasing Bitcoin directly. If you are looking for a pure-play on the price movements of Bitcoin, there is no better way than to own the asset itself.

If you are new to cryptocurrencies, owning Bitcoin differs from holding other assets. Investors can buy Bitcoin from an exchange such as Coinbase and take ownership in an encrypted wallet. More technically, the wallet stores the private keys that you use to access your coins and prove they belong to you.

Because of the decentralized nature of cryptocurrencies, other than the volatility of the price of Bitcoin itself, another significant risk of directly owning Bitcoin is security. For example, if you lose your private key, you have effectively lost your investment with no hope of recovery. Owners have lost an estimated tens of billions of dollars worth of Bitcoin that cannot ever be recovered due to lost keys.

In addition, if you store your keys in a wallet controlled by an exchange or otherwise connected to the internet (known as a hot wallet), there is the risk of loss through hacking or theft. To truly protect your Bitcoin, most experts advise holding it in a cold wallet not connected to the internet and less vulnerable to traditional hacking methods.

How To Buy Bitcoin

If, after evaluating the pros and cons of investing in Bitcoin, you decide you want to own it for yourself, there are a few things you need to know. The steps below offer a guide to buying Bitcoin and provide a jumping-off point for further research.

1. Decide Where To Buy Bitcoin

The first step in buying Bitcoin involves choosing a cryptocurrency exchange to make your purchase. These exchanges offer a platform to buy and sell Bitcoin and many other alt-coins. Each exchange generally has different fees and consumer services provided.

Unlike money deposited in a traditional brokerage account, Bitcoin investments are not insured by the Securities Investor Protection Corporation (SIPC). The reputation, regulation, and security procedures of different exchanges are essential factors in deciding. For example, some exchanges, like Coinbase, provide insurance against loss, but some conditions may apply even then. Always do your due diligence before investing in Bitcoin.

Some of the most popular exchanges include:

After purchasing Bitcoin, it is stored in a wallet. There are two kinds of wallets: a “hot wallet” and a “cold wallet.”

Most cryptocurrency exchanges automatically provide you with a hot wallet that allows you to access your coins through the internet and facilitate easy transactions. However, hot wallets are not the most secure as they are vulnerable to hacking.

Cold wallets are a safer option for the long-term storage of your coins. These wallets are portable devices like a flash drive that allows you to store your Bitcoin offline for added security. Some examples of cold wallets are Ledger Nano and Trezor.

To buy and sell Bitcoin, you will need to link a bank account to your cryptocurrency exchange or wallet. This process is similar to connecting a bank account to a traditional investment account and allows you to exchange dollars for crypto coins.

Once your account is set up and your bank account linked, you are ready for the easiest step, placing your order. Most exchanges offer multiple ways to place orders, such as market orders, limit orders, and stop-loss orders.

You can also choose to set up recurring purchases, allowing you to dollar-cost average into Bitcoin by buying a set amount every month, week, or even day. For example, if you had a side income of 1000 dollars a month that you wanted to invest on autopilot, you could choose to place a standing order to buy $1,000 of Bitcoin at the end of each month.

Depending on your investing goals, once your coins are safely in your wallet, you can manage them in multiple ways, including:

How Much Should I Invest in Bitcoin?

While there is growing acceptance of Bitcoin in mainstream investing circles, it is still a relative newcomer. Before deciding how much to invest in Bitcoin, you should know its history of extreme volatility and the ever-changing regulatory landscape surrounding cryptocurrency.

Because there are so many unknowns, the future holds high risks and the opportunity for high rewards. Most experts agree you should not invest any money you are unwilling to lose. Consider your household budget percentages going toward necessary expenses and retirement savings before allocating money toward more speculative investments. Financial planner Vrishin Subramaniam told NextAdvisor that he recommends a 2 to 5% net worth allocation for investors interested in crypto. He noted that “the risks and volatility associated with cryptocurrency have much to do with its relatively short track record, at least compared to the stock market.”

Can I Earn Passive Income with Bitcoin?

Part of the excitement around cryptocurrency relates to the many ongoing projects to build the infrastructure and add new features to the ecosystem. Many of these tasks require investments of time and capital and thus receive compensation as a reward. While there are many ways to earn passive income with cryptocurrency, here are a few examples:

How To Invest in Bitcoin – The Bottom Line

Although it has been in the news constantly, Bitcoin is a relative newcomer as an asset class. Because of the developing ecosystem around cryptocurrency, investing in Bitcoin is not as easy as other mainstream assets such as stocks and bonds. Its newness is a double-edged sword, creating high risk and an opportunity for high reward.

Before deciding where and how much to invest in Bitcoin, investors should do their due diligence and understand the trade-offs. Learning more about investing in Bitcoin and the buying process is crucial in setting yourself up for a successful investment for those ready to take the leap.