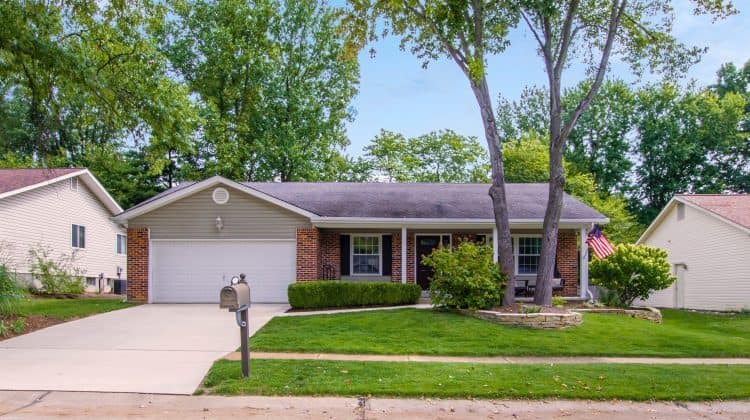 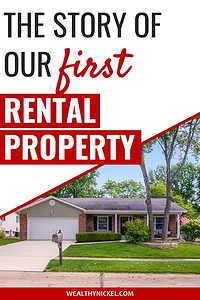 If you’ve ever considered getting into real estate investing, read on to see how we did it, how much money we’ve made, and our mistakes along the way.

In a previous article, I discussed how we got started in real estate investing. I talked about our mindset, why we decided to pursue real estate, and the series of events that led up to our first rental property. If you haven’t read it, I’d encourage you to start there first.

Our First Rental Property – The Duplex

Our very first rental property was a full duplex, built in the 1960’s. Both sides were 2 bedroom, 2 bath and 1350 square feet each. It was in a transitional area – good schools and I’d grade the neighborhood itself as a B-, but on the other side of the road from this neighborhood were some low income apartments.

How We Found the Property

We bought it in early 2013.  It was a foreclosure listed on the MLS (multiple listing service). The real estate market was just starting to heat up in our area in the 2012 – 2013 time range. It was listed at $120,000 and we came in over asking price knowing it was underpriced.

At the time, my wife did not have her real estate license, so we were using a realtor to help us find an investment property. We had been looking for a few months, and had made a few offers but nothing had come through. When I saw this property, I knew we had to jump on it. Duplexes are fairly rare in our area, and even more rare that they would cash flow.

There were several other offers, some all cash. We got a little lucky that we were dealing with a bank that only cared about the overall number. We offered $130,000 and I think barely beat out the other offers.

Good deals can be a little harder to find these days, but there are some great new platforms out there like Roofstock that focus specifically on providing cash flowing rental properties nationwide.

While I haven’t bought anything through Roofstock yet, I have an account and keep tabs on the market. If you’re looking for an easy way to find a rental property, I’d recommend checking them out!

Why We Bought It

I think it’s always important to have a good reason for every property you purchase. Otherwise it is easy to get sucked into buying something just because you are anxious to get started, or you want a project, or you just don’t want to miss out.

For us, we had set our criteria beforehand, and the property met them:

This was actually a great starter property for us, though we didn’t know it at the time. One side of the duplex was already rented out and the tenants wanted to stay. They were paying way under-market rent at $800 per month, and we agreed to keep their rent under-market but bump it up to $900. Their side was in overall good condition, but pretty much everything was original (kitchen, bathrooms, etc.)

The other side of the duplex was a disaster and needed a complete overhaul. But with one tenant in place, they would basically cover the mortgage while we fixed up the other side.

KEEP READING: How to Evaluate Rental Properties Using the 1% Rule

The Numbers (on Paper)

I talked a little about the numbers already, but here they are in detail. We ended up closing for $128,600 with an additional $5,000 in concessions from the seller. Upon inspection we found out it needed foundation work (or so we thought at the time) and negotiated the concessions based on that and a few other things.

We put 20% down and took out a loan for $102,880 at 3.75% interest. I wish we could still get those terms today! Including insurance and taxes, our monthly mortgage payment was right around $900.

We were getting $900 in rent from one side and based on comps in the area thought we could get $1,100 for the other side once we fixed it up. We got some contractor bids and thought it would cost about $30,000 to fix up the vacant side.

With taxes and insurance included in the mortgage payment, we also wanted to figure in our expenses for vacancy, maintenance, and capital expenses. We decided to self-manage so were able to avoid that expense. I honestly don’t remember exactly what numbers we used in our calculations, but we usually assume a 1 month vacancy per year (about 8% of rents) and maintenance/capex expense of 15% of rents. So if we could get $2000 in rent, after expenses we were hoping to cash flow $640 per month ($2000 – $900 mortgage – $160 vacancy – $300 maintenance/capex).

With a downpayment plus closing costs around $30,000 and another $30,000 to fix up one unit, we would be all in for $60,000 and generate $7,680 of cash flow per year, almost a 13% cash on cash return! And in addition to that we’d get the reduction in the mortgage balance as the tenants slowly paid down our principal, as well as any appreciation.

RELATED: How to Invest in Real Estate with No Money (The Truth)

In reality, we were brand new to real estate investing and didn’t know what we didn’t know. And we also made some costly mistakes at the beginning. We went into it knowing we’d make some mistakes and would have to learn as we go. (Or at least I did, I think my wife was a little more shocked at my initial incompetence…) Most of our mistakes were minor and were good learning opportunities of what to do better next time. Unfortunately, there was one big mistake that cost us quite a bit that I wish we did not have to learn the hard way.

We knew that the house hadn’t been kept up too well, and that a lot of the major systems were older (HVAC, water heater, roof, etc.). But they were in working condition so I figured they still had some life in them, so we decided not to replace them up front.

We did get a few years out of the HVAC units, but spent quite a bit in maintenance and added headaches from tenants calls to try to keep them running. We eventually replaced both units at the same time for around $10,000 after a few years. Fortunately, we were getting good cash flow and we still turned a profit for the year even with that. But looking back, we should have been more prepared for some of the major capital expenditures and taken care of them up front.

In addition, the property has had ongoing drainage problems due to how the land is laid out, and we have spent quite a bit of money trying to fix it to prevent water intrusion. I am hopeful our latest fix is the final one, but this is another area we certainly didn’t plan to spend thousands of dollars on over the years, and one that we look at much more closely in new properties we buy.

Let me just say that I will never buy a house with a flat roof every again. They are a maintenance nightmare.

The duplex has a normal sloped shingle roof in the middle, but the roof over the bedrooms is flat. One side has been relatively trouble-free, but the other seems to leak pretty much every time there is a storm no matter how much repair, patching, and re-tarring is done. We’ve gotten bids to re-frame and add a pitch to the roof to take care of the problem once and for all, but it will be very expensive to do. If we decide to hold on to this house for the long term (20+ years) we will probably bite the bullet and invest in that upgrade.

We met with several contractors, got a few bids, and found one we liked and saw he did good work. We signed a contract and paid him 50% up front (I think you can see where this is going).

Everything started smoothly, and he was making quick progress and doing quality work. But all of a sudden work slowed to a crawl. He was never around, nothing was getting done, and we couldn’t get in touch with him when we tried to call. When we did get in contact he assured us things would get back on track, but his promised never panned out.

After several weeks of this we eventually drove to his house and confronted him. He had a story about how he had injured his hand, and this and that. Shortly after that, he completely stopped returning our calls and skipped town. I assume what happened is he got behind and was using the next job to pay for the previous, and it was us (and maybe others) who eventually got caught holding the bag.

All told, we lost around $15,000 to that contractor for work we had paid him for but he never completed. We learned the hard way what every investor has to learn – never pay your contractor for more work than has been completed.

Fortunately we learned our lesson and now have a much stronger contract that details the payment schedule and what has to be completed before the next payment is made. We found another contractor to finish the job, who actually helped us on our next several projects.

Where We Ended Up – Still A Happy Ending

While we thought we were going to be all in for around $60,000, after our mistakes, adding to the timeline and holding costs, and adding some other repairs that came up in the process, we ended up putting in about $83,000. 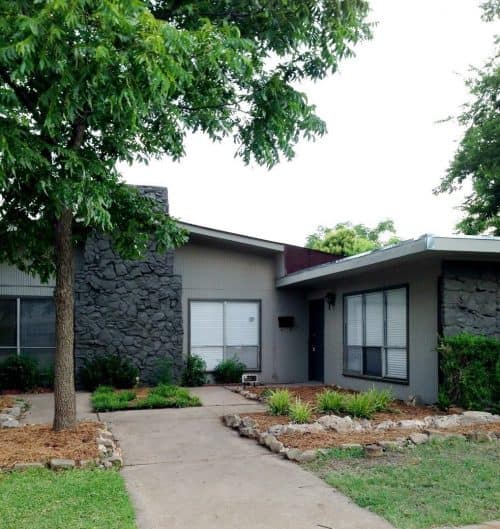 All told, for our very first foray into rental property investing, it still ended up being a great cash-flowing property. In the 6 years we’ve owned it, we’ve averaged about $11,000 in cash flow + principal paydown per year, and it has appreciated by $120,000. If you look at it in terms of overall return, our initial $83,000 has made an average annual return of 21-24% (depending if you use CAGR or IRR), compared to an average return of 12% for the S&P 500 over the same time period.

In fact, our biggest problem right now is that the property has appreciated so much that the taxes are increasing much faster than we can increase rents. There may come a day in the near future where it doesn’t make sense to hold it as a rental anymore and we will sell and deploy the cash elsewhere. But that’s the best problem a real estate investor can have!

Have you thought about getting into rental property investing? What’s holding you back? Let me know in the comments!