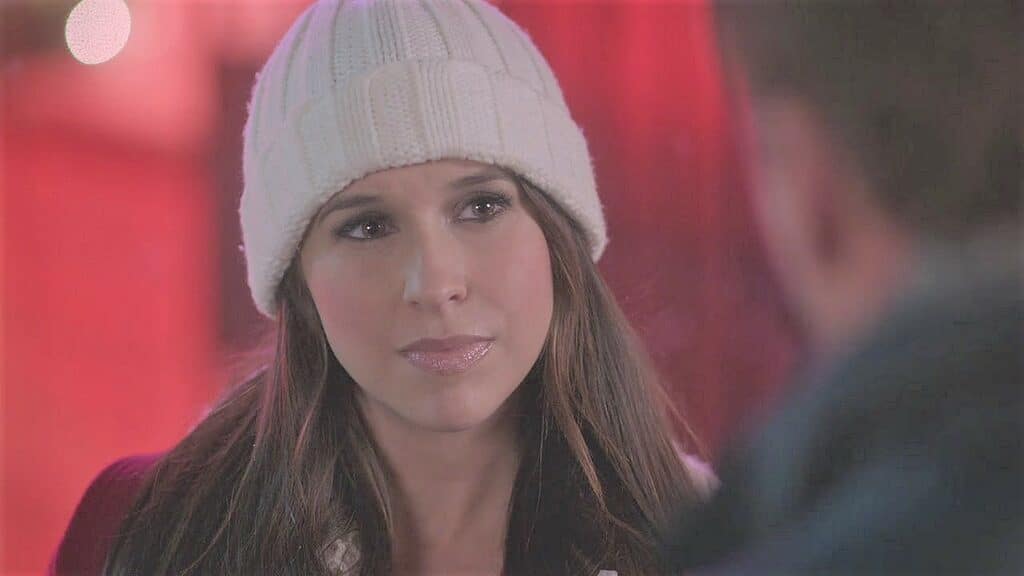 Hallmark announced a staggering 40 new Christmas movies this year, adding to its library of almost 300 Yuletide films produced over the last decade. While many viewers deride their predictable rom-com plots and cheesy acting, Hallmark sees those ‘flaws’ as the secret to its success. Each year the movies rake in an estimated $350 million in ad revenue.

Turn on the TV and flip to the Hallmark Channel, and the warm glow of something intimately familiar greets you – snow-covered trees, small-town charm, and faces you know you recognize from somewhere. There is a comfort to the formulaic stories that keeps fans returning for more of that Christmas magic year after year.

But underneath the quaint towns and festive decor lies a carefully tuned business turning an enormous profit. So what goes into making dozens of new Christmas movies every year, and how did it lead to such financial success?

Stick to the Script: The Rules of Hallmark Christmas Movies

If Hallmark’s movies all feel extremely similar, it’s because they are. The catalog of rules for what receives the official Christmas seal of approval is longer than Santa’s naughty and nice list.

In an interview with Entertainment Weekly, writers outlined the rigid formula for getting a script into production. Described as the “comfort food” of holiday filmmaking, the movies must be family-friendly and G-rated. Hallmark executives will axe all references to drinking, drugs, swearing, fighting, or even any actual conflict between characters. Every scene must involve some form of traditional Christmas activity, such as ice skating, gingerbread-making, or building a snowman.

And the non-negotiable rule above all rules? There better be snow. According to the writers, “The first rule is snow. We really wanted to do one where the basic conflict was a fear that there will not be snow on Christmas. We were told you cannot do that, there must be snow. They can’t be waiting for the snow, there has to be snow. You cannot threaten them with no snow.”

From Hate to Love in Nine Heart-Warming Acts

Each Hallmark Christmas movie follows the same rigid nine-act structure. “You have to start with two people who, for whatever reason, don’t like each other, and you’re just maneuvering through those nine acts to get them to that kiss in the snow.”

Look closely, and you’ll see the formula borne out, even down to the dominant personality traits of the protagonist. She is often a cute, career-driven woman with an unfulfilled dream. Throughout the movie, she goes on a journey to fulfill that dream with the help of an unlikely love interest. Without fail, the love interest is always a nice man, and there is a romantic spark, but something prevents them from getting together.

Somewhere in the first act, before the first commercial break, there must be an almost-kiss that is somehow broken up. A current boyfriend or girlfriend or other distraction is keeping the couple apart. Around the halfway point, a Christmas-themed conflict arises, but nothing too emotionally devastating. By the end, the couple shares a single kiss amidst snow flurries or under the mistletoe while the theme music swells and the credits roll.

Predictability is part of the draw. Joany Kane is renowned in Hallmark circles for writing the first Christmas hit for the network and setting the tone for all the movies that followed. The Christmas Card broke all-time rating records and even earned actor Ed Asner an Emmy nomination for his role.

Kane reminisced on why the formula works. “We all want to know how the movie ends,” Kane said in an interview with Bustle. “What makes these movies magic is the journey they take us on. The reason for the enormous popularity of these movies is that the fans of these movies want to feel: They want to feel love, to feel hope, to feel joy…Christmas lends itself beautifully to this experience because this is the time of year where we have the most hope, the most anticipation for something wonderful coming.”

Kellie, a lifelong fan of Hallmark Christmas movies, echoed this sentiment. “My favorite thing about Hallmark movies is they are so easy to watch and predictable in the best ways,” she said. “There’s not a lot of drama or anything stressful, so it’s easy to turn them on or even watch them in the background and still feel like you’re getting into the holiday spirit. Everyone is drinking hot chocolate and doing fun holiday activities like ice skating or wrapping presents, and it’s so warm and fuzzy. I know it’s cheesy, but they make me happy, and I love them!”

Hallmark’s success hasn’t gone unnoticed, with other media giants like Netflix and Hulu jumping in to produce their own versions of holiday cheer. And while Netflix may loosen the rules a bit – perhaps there is a reference to drinking or even a snowless winter – they don’t deviate too far from the formula because it works.

Make no mistake, Christmas movies are big business, and Hallmark has unlocked the secret to making money. Pulling off 40 new movies a year takes discipline and strict production timelines.

A typical Hallmark movie costs $2 million or less to produce. For perspective, a typical Hollywood blockbuster budget can stretch into the hundreds of millions of dollars.

The efficiency of the Hallmark Christmas machine is impressive. Production schedules are tight to keep budgets down – around three weeks on average to shoot an entire movie. They often feature the same actors year after year. For example, Lacey Chabert, of Mean Girls fame, and Candace Cameron Bure, originally known for her role in Full House, have starred in at least 10 Hallmark movies each.

In addition, many productions shoot in the quaint, small-town suburbs of Vancouver, where Hallmark receives tax incentives for using local production crews.

In return, Hallmark racks up enviable viewership numbers. During the holiday season, more than 80 million people tune in to a Hallmark movie, and the network consistently ranks first among women 18-49. While advertising revenue isn’t publicly available, estimates show that the company’s Christmas movies rake in at least $350 million each year – enough to produce another 175 films.

Where to Watch 2022’s Hallmark Lineup

Regardless of what you think of Hallmark’s Christmas-industrial complex, they do an undeniably good job of evoking the Christmas spirit. If you want to curl up next to the fireplace and get your fix of festive holiday cheer, this season’s lineup of Christmas movies has already begun. New movies premiere each Friday, Saturday, and Sunday at 8 p.m. ET on Hallmark Channel and Saturday at 10 p.m. on Hallmark Movies & Mysteries.

If you don’t have a cable subscription, never fear. Hallmark Movies Now offers on-demand streaming for $5.99 a month or $59.99 a year with a seven-day free trial, so you never have to miss a second of holiday magic.