14 High-Paying Jobs That Nobody Actually Wants to Do 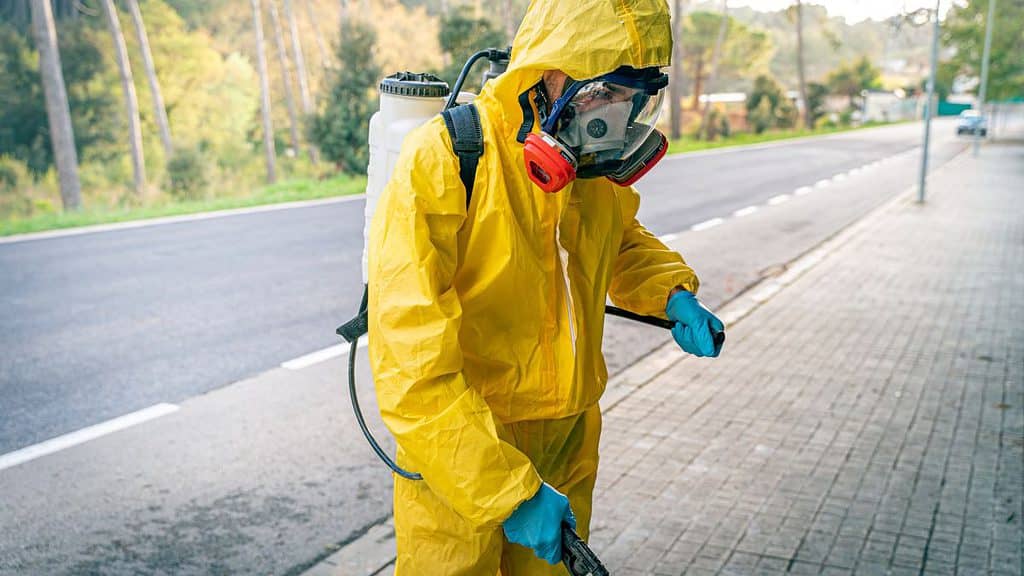 Do you want to make a lot of money? Chances are, if you’re reading this, the answer is yes.

So why are there so many high-paying jobs that nobody wants to do? It seems contradictory, but it’s true.

People avoid certain high-paying professions like the plague, even though they offer excellent salaries and benefits. Why is that?

Let’s look at some jobs everyone loves to hate and find out why they’re not as popular as you might think.

Few people grow up aspiring to be sanitation workers. It’s a dirty, thankless job that often comes with long hours and low pay. However, those willing to get their hands dirty can earn a decent living as sanitation employees. At the top of the pay scale, workers can earn up to $50,000 a year. And while the work is certainly not glamorous, it is essential to the functioning of any community.

Sanitation workers help to keep our streets clean and our neighborhoods safe. They also play an essential role in protecting the environment. Recycling materials that would otherwise end up in landfills help to reduce our reliance on fossil fuels and minimize our impact on the planet. For those looking for a stable career with good benefits, sanitation might be the perfect profession.

The people who work in slaughterhouses have the daunting task of killing animals for food. Though the job doesn’t require formal education, it requires a strong stomach and thick skin. The workers must separate the edible parts of the animal from the inedible ones. They also kill the animals using various methods.

After the animals die, their carcasses are hung up so they can be bled out. The workers remove the organs and other internal body parts before sending the meat to grocery stores. Though the job is relatively well-paying, it’s not for everyone. Many people are repelled by the idea of killing animals for food, no matter how humanely it is done.

Being a police officer is a demanding but rewarding job. Officers are expected to protect and serve the public and must do so fairly and justly. Unfortunately, the job also carries a great deal of risk.

Every day, officers put their lives on the line during their duties. As a result, many people with families find the job to be undesirable. Despite the high salary of $88,000 and the respect that officers receive from the public, the risks are too significant for many people.

Coal mining is one of the most dangerous jobs in the world. Every year, miners are killed or injured in accidents, and many more suffer from respiratory illnesses due to their exposure to dust and fumes. Despite these risks, coal mining is still an essential part of the economy, and it can be a well-paid career for those willing to take on the risks. Coal miners work long hours, often in shifts that last 12 hours or more.

In addition to the dangers of the job, coal miners also have to deal with noise, darkness, and isolation. Despite these conditions, some people are drawn to coal mining because of the high pay. Coal miners earn more than $115,000 annually at the highest level. However, most workers do not reach this level of compensation. To make a high salary, coal miners must take extreme risks.

Potential Salary: $15/hour (more if you own your own business)

Although a portable toilet cleaner’s job may not be glamorous, it is an essential role that helps keep public spaces clean and safe. Portable toilets are found at various events and locations, from outdoor concerts to construction sites.

The cleaners are responsible for disinfecting and restocking the bathrooms and emptying any septic tanks. Although the work may be challenging, it can be very rewarding. In addition to a steady paycheck, cleaners enjoy flexible hours and the satisfaction of knowing they are helping keep their community clean.

It’s not the most glamorous job in the world, but someone has to do it. Sewage inspectors ensure that our sewage systems function correctly – and that’s no small feat. Unfortunately, several factors make this job less desirable, including pests, dark areas, and offensive odors. As a result, it’s not surprising that many people avoid working as sewage inspectors.

Skulking around in sewers doesn’t seem particularly appealing, even for those who need to earn big wages to support their families. Fortunately, top earners in this specialized profession can make more than $66,000 a year – certainly nothing to sneeze at.

So next time you flush your toilet, take a moment to think of the brave sewage inspectors who keep our sewage systems running smoothly – even if it’s not the most pleasant task in the world.

Working in a landfill is not the most pleasant job in the world, but it is important. Landfill operators are responsible for collecting and transporting trash to designated landfills. They also operate various types of waste-moving equipment. Many people shy away from this work because it can be dirty and smelly. However, it is a well-paying profession, with upper-level positions earning more than $67,000 per year.

Being an embalmer is not for the faint of heart. The national average salary for this profession is $51,210, with top embalmers making more than $78,000 yearly. However, the primary responsibility of embalmers is to prepare a deceased person’s body for a funeral, which is not a duty everyone is willing to take on.

An embalmer’s main responsibility is to remove the blood from the body and replace it with preservatives. These professionals also take care of responsibilities like clothing the bodies, donning makeup, and making sure that wounded bodies are viewable. Due to the proximity of the issue of death, many people are reluctant to take on this kind of duty.

The amount of education needed to become an embalmer is also relatively high. A mortuary science degree is required, and it can take two to four years to complete. While the salary for this profession is undoubtedly solid, it is not enough to offset the gruesome duties that come with the job. However, becoming an embalmer can be a rewarding career choice for those who can stomach the daily tasks.

Crime scene cleaners are responsible for removing waste, dangerous chemicals, and bodily fluids from the scene of a homicide, auto accident, or other catastrophes. These workers make around $35 per hour or more than $72,000 annually.

Although the pay is good, the nature of the job regularly exposes employees to blood, bodily fluids, and other biohazardous materials, as well as injured individuals. Consequently, most American workers are unwilling to enter the field.

A high school diploma, certification in crime scene investigation or bio-recovery, and PPE training are all prerequisites for this professional’s education. Workers receive all extra training on the job.

Potential Salary: $3,000 per clinical trial (can be done as a side job)

Clinical trial testing is a process where pharmaceutical companies test new drugs and mixtures on human subjects before making them available to the general public. Clinical trials are essential in developing new medications, as they help ensure safety and efficacy. While clinical trials can pay up to $40,000 per year, many believe the job is too dangerous due to the lack of FDA approval for the tested drugs.

A clinical trial’s side effects can include death in rare circumstances, which is why many people choose not to participate in these studies. Despite the risks, clinical trials play an essential role in the development of new medications and can help to improve the lives of patients with a variety of medical conditions.

Due to the physically demanding and dangerous nature of the work and the long periods spent away from home, it’s no wonder that an oil rig worker is one of the highest-paying jobs that nobody wants. Employees labor for 12 hours per shift doing strenuous tasks such as cleaning pipes or operating a rotary drill rig, all while wearing restrictive safety gear that can make even the most simple tasks difficult.

The work environment is loud and can cause permanent hearing or vision loss if proper safety precautions are not taken. Although it can be a high paying career with no degree required, the trade-off is considerable, doing this one job that many people are happy to leave to others.

Bovine semen collectors, also known as bull semen collectors, use an electro-stimulating device to collect bull semen. The device is inserted into the bull’s rectum and applies mild electrical stimulation of accessory sex glands to induce ejac***tion. The collected semen is then stored in an AV or artificial vagina.

While it may not be the most glamorous job, it pays well. According to PayScale, bovine semen collectors earn an average of $44,000 yearly, while the top paid experts receive more than $63,000 annually. So, if you’re looking for a high-paying job that involves working with animals, bovine semen collecting may be the perfect fit for you.

Hunting is a popular pastime in many parts of the world, but it can be challenging to track and lure deer. That’s where urine farmers come in. These farmers collect urine from deer in extraordinary chambers, bottle it, and sell it to hunters. The urine contains pheromones that attract bucks, making it easier for hunters to find and capture their prey.

Urine farming is a lucrative business, with farmers earning between $93,440 and $303,680 per year. And as the popularity of hunting continues to grow, there will likely be an increasing demand for urine from these farmers.

Snake milkers are experts who are trained to extract venom from venomous snakes. The venom is used in medical research, the creation of blood clots and high blood pressure medications, and the creation of antivenom for snakebites. Snake milkers work in serpentaria, where they milk various snakes, including cobras, mambas, vipers, corals, copperheads, and rattlesnakes.

It is a little-known career that pays well, with milkers making more than $50,000 annually.

High Paying Jobs That Nobody Wants

There are a variety of high-paying jobs in the United States that many people shy away from due to the dangers involved. From working with toxic materials to being near deadly animals, these jobs are not for the faint of heart. But for those who are willing to take on the challenges, they can be very rewarding both financially and professionally.