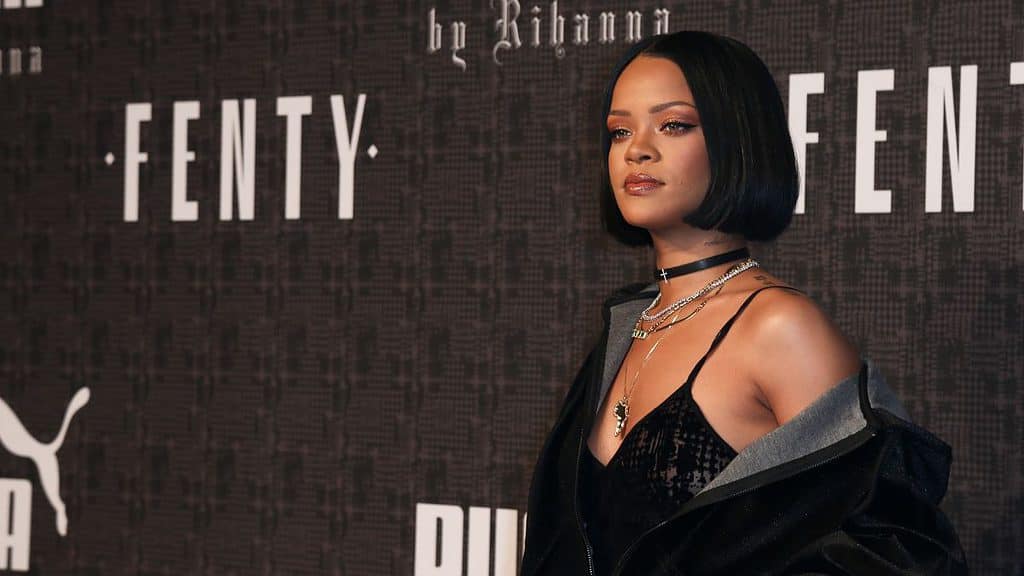 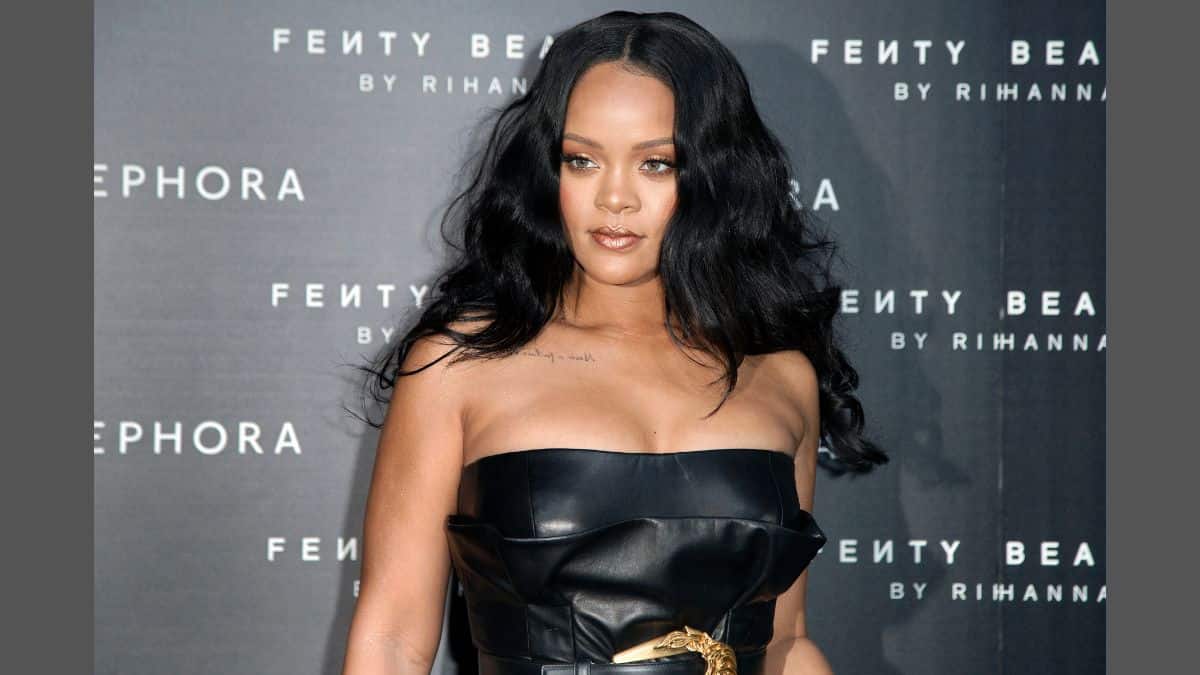 A woman from humble beginnings in Saint Michael, Barbados, Robyn “Rihanna” Fenty is a successful singer, songwriter, and businesswoman. Starting her career as a music artist, Rihanna has started multiple businesses and has been a trailblazer in the fashion and beauty industry.

What is Rihanna’s Net Worth?

Rihanna’s net worth is $1.4 billion. This year (2022) was her third year on Forbes’ American’s Richest Self-Made Women list, where she ranked number 21. She is the youngest billionaire on the list, making history for black women.

Her outstanding net worth means that Rihanna is now the youngest self-made female billionaire in America and the wealthiest female musician in the world (the number two musician is Madonna – Madonna’s net worth is estimated at $850 million).

How Did Rihanna Make Her Net Worth? 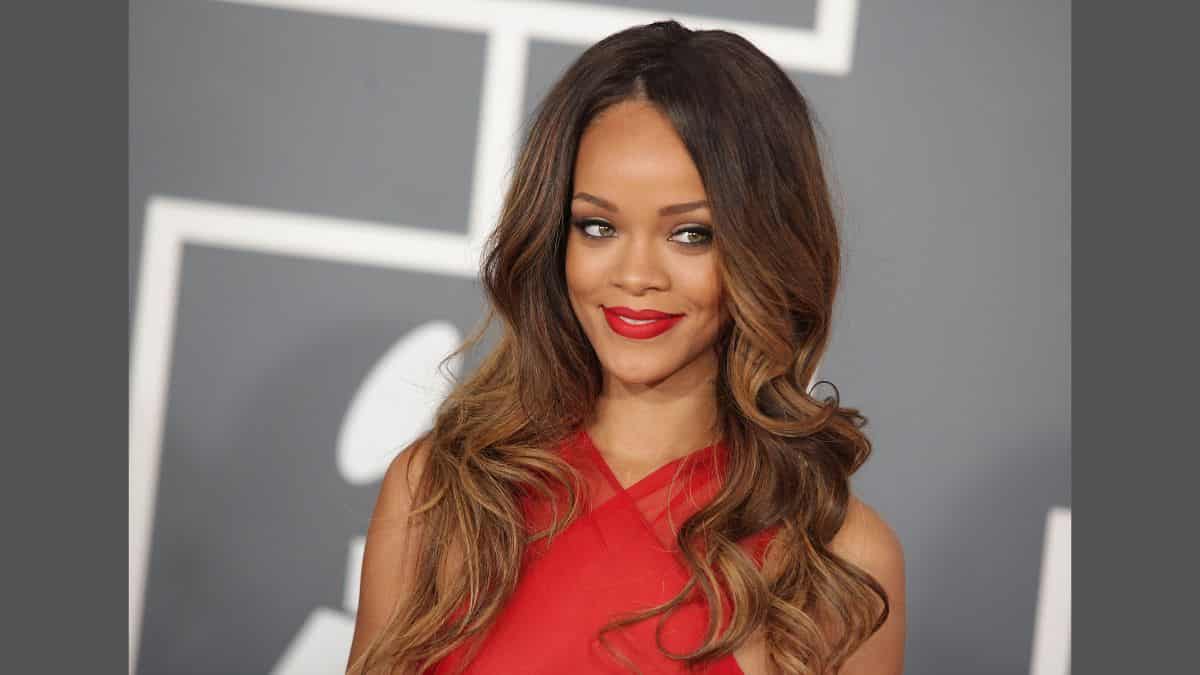 Rihanna obtained her net worth by creating multiple revenue streams and a diverse financial portfolio. She has claimed success by being a mogul in the music, beauty, and fashion industry, using her personal experience and inclusive perspective to fill gaps in the market.

Rihanna was first discovered as a musician by record producer Evan Rogers who signed her to Syndicated Rhythm Productions.

After Jay-Z heard one of Rihanna’s demos, she signed a record deal with Def Jam records in 2004. In 2005, Rihanna released her debut album, “Music of the Sun.” She released seven more albums in the coming years, and her music career flourished. She received 9 Grammy awards, 12 Billboard music awards, 13 America’s music choice awards, and eight people’s choice awards, to name a few.

In addition to being a musician, Rihanna made appearances in film and television. Her first role was a cameo in Bring it On: All or Nothing in 2006. She starred in roles such as Battleship, Oceans 8, Annie, Bates Motel, This is the End, and Valerian and the City of a Thousand Planets.

In 2012, Rihanna starred in her television series, Styled to Rock. The series debuted in the UK, followed by an American version in 2013. She also voiced the main character in the movie Home and produced the official soundtrack.

Rihanna leveraged her fame to obtain brand deals with many top designers and companies. She signed with Covergirl in 2007 and was the face of brands such as Totes Umbrellas, Got Milk, and a Gucci collection. Additionally, she had celebrity endorsement ads for Mac Cosmetics, Budweiser, Armani, Dior, Gucci, Secret, Nike, and Clinique, to name a few.

In 2014, she served as the creative director for Puma women’s collections, creating a collaboration deal rumored to be worth $1 million. In 2015, she signed a deal with Samsung to promote their Galaxy line of products in exchange for $25 million to sponsor her tour and upcoming album at the time, Anti. 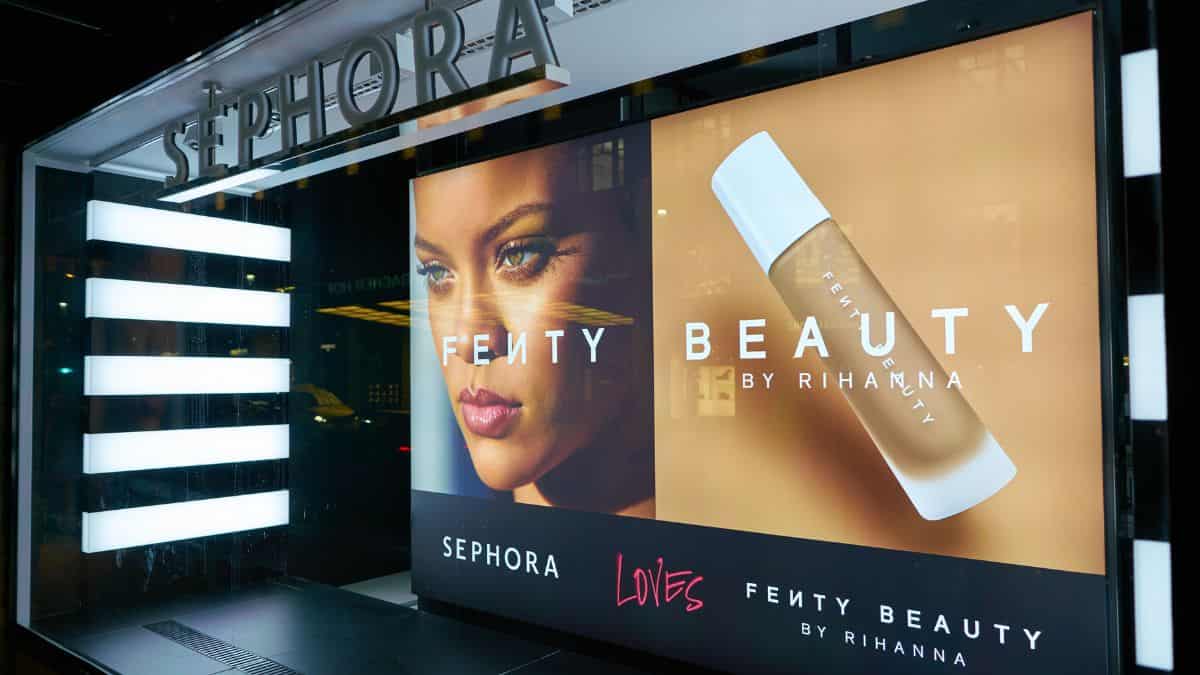 In September of 2017, Rihanna launched her brand Fenty Beauty. The line is in partnership with LVMH, Louis Vuitton Moët Hennessy, a French luxury retailer, where Rihanna owns 50%.

The Fenty Beauty cosmetics line has gained praise for the range of shades offered. Being inclusive of darker shades for foundation, the brand bridged a gap in the cosmetic industry. Additionally, the brand received praise for the diversity of the models used in marketing campaigns, putting Fenty Beauty at the front of the transition to inclusivity in the beauty industry.

She then created a skincare line, Fenty Skin. Fenty Skin is a gender-neutral, cruelty-free skincare brand under the umbrella of Fenty Beauty.

Valued at $2.8 billion, the Fenty Beauty cosmetics line contributes to most of Rihanna’s $1.7 billion net worth.

After the success of her Fenty Beauty launch, Rihanna developed and launched a lingerie brand in May 2018. The company is valued at $270 million, and she has a 30% stake.

Savage x Fenty is an all-inclusive lingerie line with a broad size range to cater to women of multiple shapes and sizes. Continuing the trend from Fenty Beauty, this was one of the first inclusive lingerie brands.

Bloomberg reported that the Savage X Fenty team was working with Goldman Sachs and Morgan and Stanley to offer the brand an initial public offering (IPO). That means Savage X Fenty would be a publicly traded company on the stock market. This IPO could value the company at $3 billion, and Rihanna would own 30% equity. 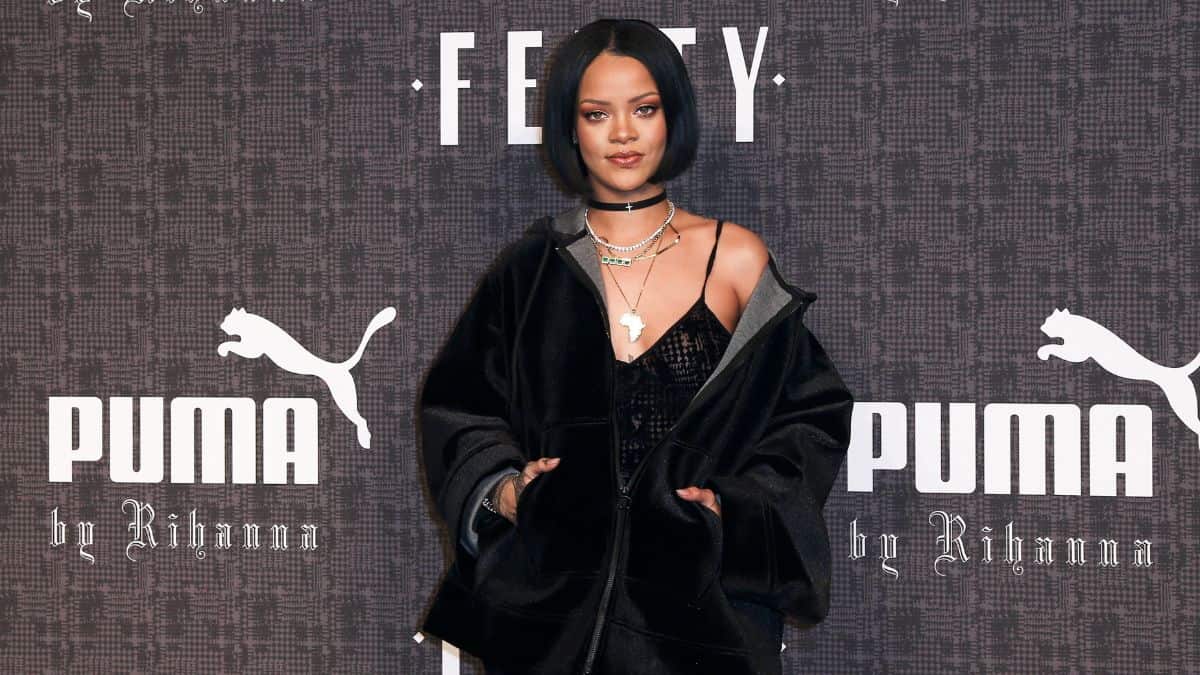 Rihanna also launched a fashion house with the luxury fashion group LVMH. The fashion house was founded in 2017 and launched in May 2019. Through this partnership, Rihanna became the first woman and person of color to collaborate with the LVMH group.

The group agreed to shut down the Fenty fashion label in 2021, less than two years after the start of production.

How Does Rihanna Spend Her Money?

“Work hard, play hard” comes to mind when considering how Rihanna spends her money. After putting in the work to create a billion-dollar business from the ground up, how does the youngest female billionaire in America spend her fortune? 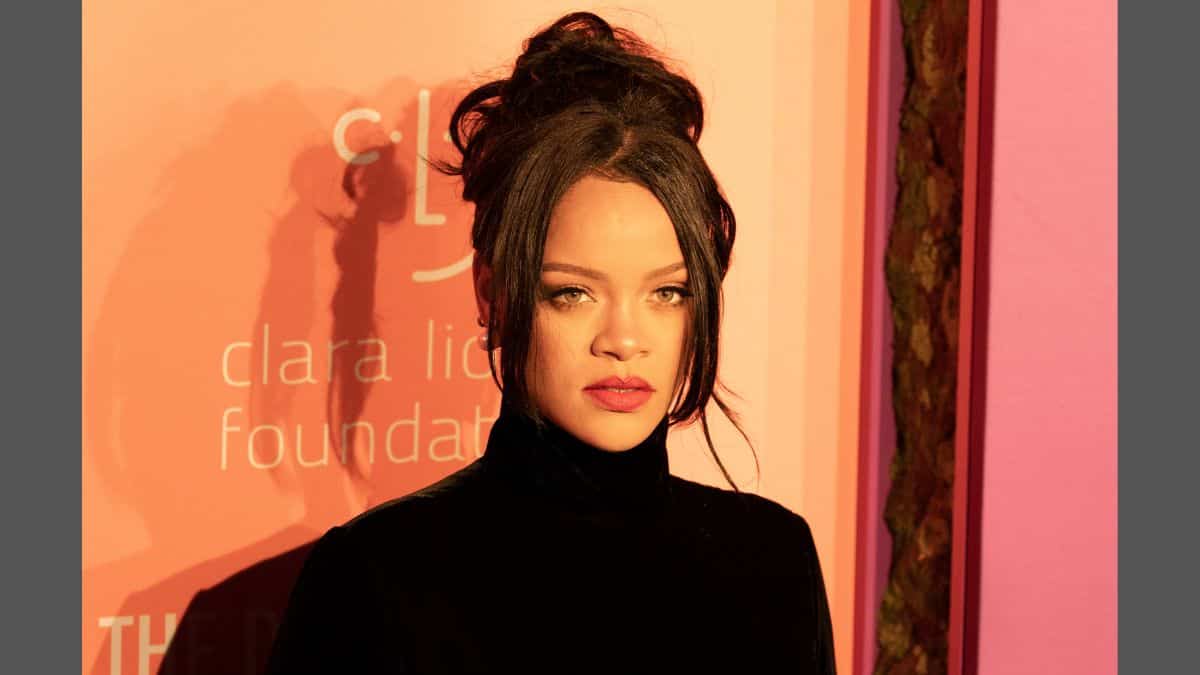 Philanthropy and giving back are a big deal to Rihanna. She never hesitates to donate money to a good cause. She was named humanitarian of the year by Harvard University in 2017.

Rihanna founded the Clara Lionel Foundation in 2012 in honor of her grandparents. In 2020 alone, the foundation invested over $47 million towards mental health, fighting racial inequality, healthcare and PPE, and education initiatives. 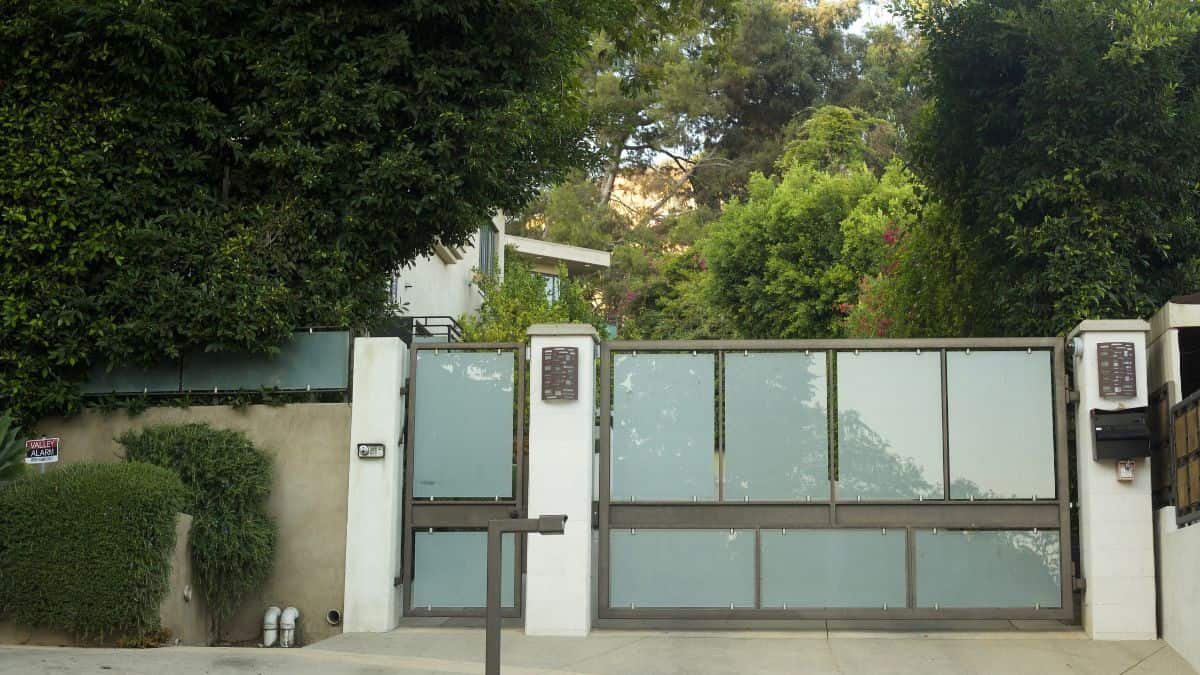 Rihanna has owned and rented real estate in California, Barbados, England, and New York. Rihanna rented out an apartment in Chinatown from 2013-2017, and the rent cost her $50,000 per month.

She purchased a mansion in Hollywood Hills in 2017, costing her $6.8 million. She currently rents this property out, earning her $35,000 per month. 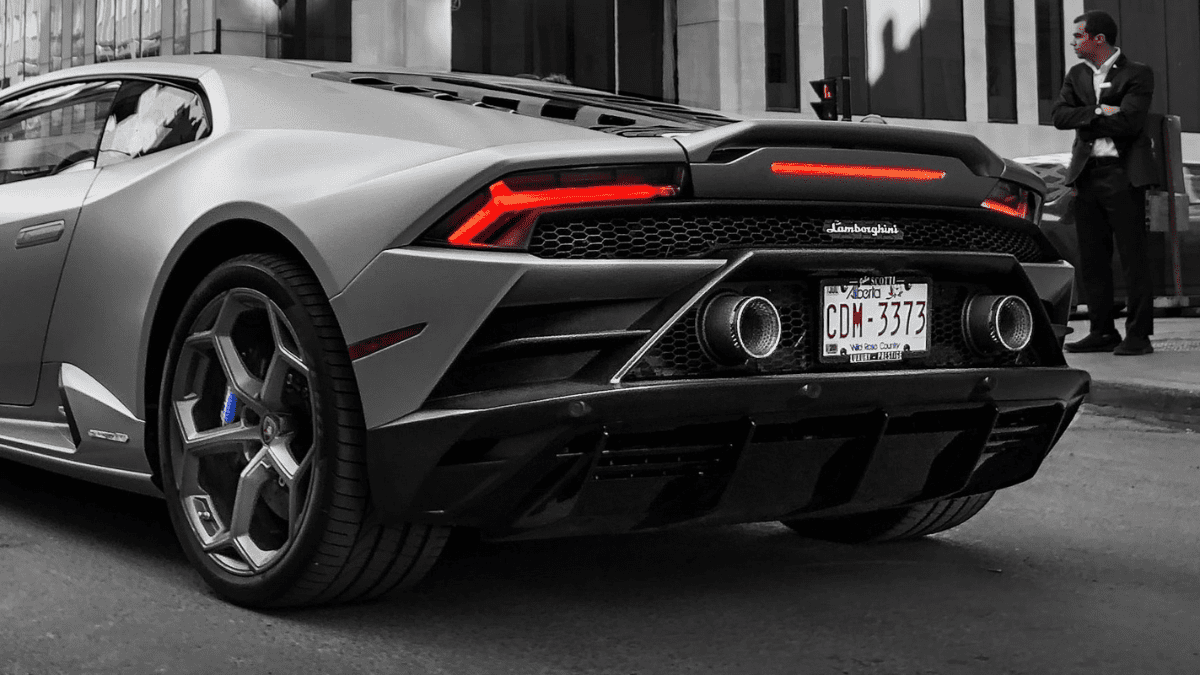 Being a successful entrepreneur in the fashion and beauty industry, it is not surprising that Rihanna has good taste. Known for her style, it is not unusual for Rihanna to splurge on the finer things.

Rihanna is frequently photographed in fashion pieces that come straight from the runway. She was spotted on Instagram in a pair of Saint Laurent glitter boots days after the Paris fashion show. The boots cost $10,000. For her pregnancy photoshoot, Rihanna wore a customized 18K King Midas Rolex, which retails for about $42,000.

According to The Sun, Rihanna’s car collection throughout her career has cost her $2.3 million consisting of cars such as a $1M SLR McLaren and a $330K Lamborghini Aventador.

Since her early beginnings in her music career, Rihanna has spared no expense to let her hair down and party with her friends. Throwing parties on luxury superyachts and Mediterranean cruises, she pays top dollar to have a good time.

In addition to fashion and partying, Rihanna spends her fortune on travel experiences. She has been spotted at luxurious destinations in Europe such as St. Tropez, France, Portofino, Italy, and Amsterdam, Netherlands, to name a few.

RELATED: Ivanka Trump’s Net Worth Will Shock You – How She Earned It Is Even More Surprising

Rihanna’s Net Worth – Nowhere to Go But Up

There is no doubt that Rihanna put in hard work to earn her fortune. Her personality and inclusive nature have contributed significantly to the success of her businesses, creating color, size, and gender-inclusive brands that set her apart from the others. From humble beginnings in the Caribb​​ean to being a billionaire in the States, Rihanna’s career embodies the American success story.