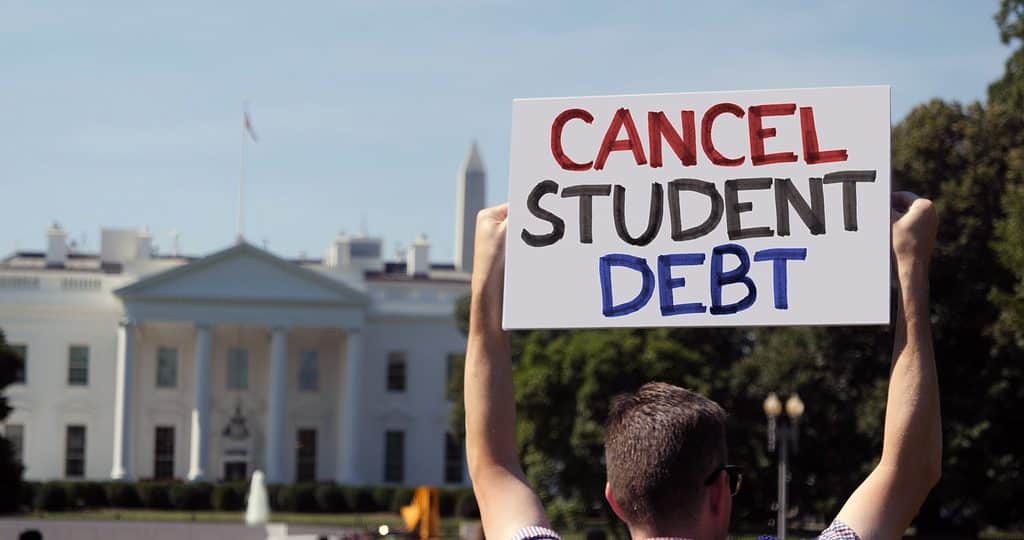 An astonishing 46% of student loan forgiveness applicants plan to use their debt relief dollars to go on vacation. While Millennials might not be able to afford a house for another decade, thanks to Biden’s student loan relief plan, taking their dream vacation could be a more realistic goal.

Intelligent.com recently surveyed 1,250 people who have applied or plan to apply for the relief program to find out how recipients will use their extra money.

While the student loan forgiveness program won’t result in a windfall of cash, recipients will see their balances drop by up to $20,000, which can potentially lower monthly payments by a few hundred dollars. While many applicants plan to use the cash to help balance their monthly budget, some intend to get a little more creative in their spending.

3 in 4 Recipients Plan to Spend on Non-Essentials

According to the survey, 73% of loan relief applicants reported that they are most likely going to spend the extra money on non-essential items. 84% of men said they would use the additional money this way compared to 65% of women.

52% of applicants say that they are “very likely” or “likely” to buy items such as new clothes or accessories with their extra funds. 46% say they will be using it for vacation, and another 46% said they would use the money for dining at restaurants.

Other items applicants say they will spend the extra money on include:

The apparent disconnect between those who say it’s wrong to spend on non-essentials while still planning to spend money on vacations or eating out is intriguing. It’s not uncommon to feel guilty about how you spend a windfall of “free” money. Additionally, the pandemic, followed by rampant inflation, has squeezed the fun out of many people’s lives.

According to Greg Wilson, a Chartered Financial Analyst (CFA), sometimes striking a balance between enjoying life now and saving for the future can be a more sustainable financial move. He suggests that whatever a borrower does with debt forgiveness can be something other than all or nothing. “Try using most of the loan forgiveness to pay down your debts. But also use this as an opportunity to reflect on your spending,” Wilson notes. “Consider using this time to re-evaluate your budget strategy. Then after you develop a budgeting plan, reward yourself with a little bit of the loan forgiveness and enjoy having the burden of a chunk of your loan lifted.”

It is no surprise that with the rising cost of food and housing and the deteriorating job market, budgets are tight, and the promised debt forgiveness will come as welcome relief.

The U.S. Department of Education has created a website specifically for student loan relief. Applicants simply need to go to the website and fill out the application. You will need to provide your name, date of birth, social security number, phone, and email.

Applicants will have to check a box that certifies, under penalty of perjury, that they meet the program’s income requirements, which are $125,000 for individuals or $250,000 for couples. You would qualify for the relief if you met the criteria in either 2020 or 2021.

While the department has been vague on the exact process for processing applications, they did say they plan to flag any discrepancies. Flagged individuals may have to submit additional documentation to verify their income.

Biden’s relief plan would cancel up to $10,000 in federal student debt for borrowers and offer an additional $10,000 in relief to people who received a Pell Grant. Republicans have consistently argued that the relief plan is “economically unwise and downright unfair” and claim that it will not reach those who actually need it.

The Department of Education faced several lawsuits challenging the forgiveness policy. A federal appeals court blocked the relief plan on Friday, October 21st. This ruling will put loan cancellation on hold until the judge issues a final ruling on the case.

More Articles from the Wealthy Nickel:

This article was produced by Wealthy Nickel and syndicated by Wealth of Geeks.